On December 27, the Technical Bureau for Mining Hruschka (tbb.hru) re-launched the website "artisanalmining.org", to provide continuity to ASM knowledge sharing in benefit of the millions of artisanal and small-scale miners worldwide.

Until end of 2012, the domain "artisanalmining.org" hosted the website of the global "Communities and Small-scale Mining" (CASM) Initiative. After CASM had come to an unexpected end, its website disappeared and with it hundreds of valuable files. All documents, shared by members of the CASM Community at the international Annual General Meetings (from 2002 - 2009), presented at national events or prepared as part of CASM projects were suddenly lost. Most publications on Artisanal and Small-scale Mining (ASM) in the late 2010s cited documents available at the "CASM Website" - all these links became broken overnight. Some of the documents survived in private archives; some slowly re-appeared in a scattered way on various other websites.

By end of 2016, the former CASM domain "artisanalmining.org" was finally released and publicly for sale. With hundreds of broken links still poining to it, much harm could have been done to an ASM sector already plagued by marginalization. Fortunately, it was possible to acquire the domain with the intent of providing continuity to ASM knowledge sharing.

artisanalmining.org is dedicated and committed to knowledge sharing in benefit of the millions of artisanal and small-scale miners worldwide.

A first step to fulfill this mission is to "bring home" all the lost files from the former CASM website and initiative in form of The CASM Files. Other services will emerge in the future. As such, artisanalmining.org is intended to be part and a network node of global ASM knowledge hub initiatives.

On 26 November, the Technical Bureau for Mining Hruschka (tbb.hru) was awarded the Austrian State Prize for Consulting 2013 (Staatspreis Consulting) for its projects on Artisanal and Small-scale Mining in Developing Countries.

The State Prize for Consulting is awarded annually by the Austrian Ministry for Economics, biennially alternating between the fields of Engineering Consulting and Business Consulting, and showcasing Austrian consulting companies offering internationally competitive consulting services.

The State Prize Jury substantiated its decision as follows:

Rarely has the consultancy work of an Austrian engineer changed the lives of so many people in such a positive way as we are able to honor today: Through his insight into what is technically and socially feasible in the given conditions and its careful implementation, Technical Bureau for Mining Hruschka has helped a large number of small-scale miners out of poverty under their own steam. This has also contributed significantly to the responsible and sustainable development of mining." (BMWFJ, Fachverband Ingenieurbüros) 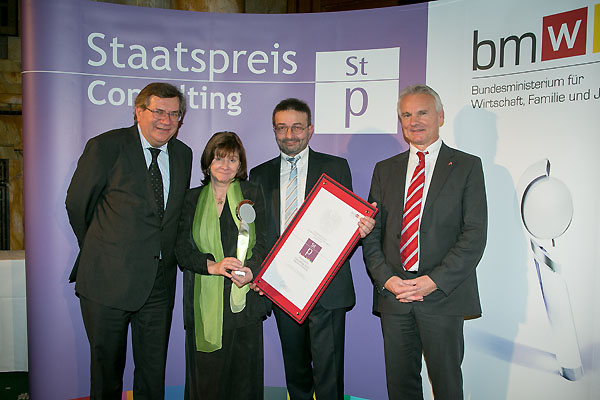 On May 22, the "Technical Bureau for Mining Hruschka" was awarded the Styrian TRIGOS 2012 for Corporate Social Responsibility in the category Society. Since 20 years, the small consulting firm is engaged in the implementation of artisanal and small-scale mining projects in developing countries.

On 22 May in Graz, the Styrian TRIGOS Prize 2012 for social commitment was awarded to the "Technical Bureau for Mining Engineering and Mineral Economics - Hruschka" (tbb.hru). The TRIGOS is Austria's most established Award for Corporate Social Responsibility (CSR). It assesses the holistic involvement of companies in their social and environmental performance. What makes the TRIGOS "special" compared to other awards, is its broad-based support from business and civil society. Since 2004, once a year enterprises that demonstrate outstanding responsibility are put in the spotlight and honored for their commitment in the four categories job, society, market and ecology. 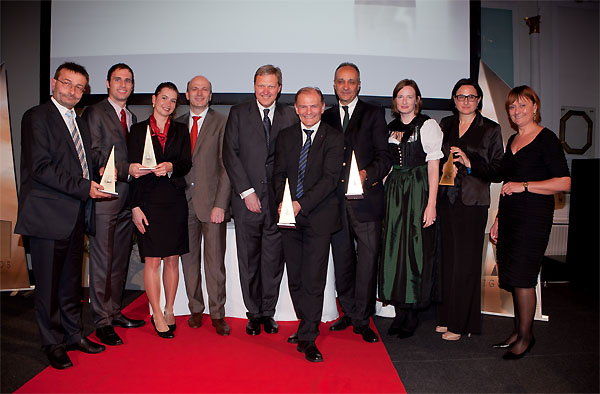 
The TRIGOS jury panel explained ​​its decision as follows: High social responsibility is assumed by the winner in the category society. With its commitment to decent working conditions, the small company sets important signals in a highly sensitive industry. In cooperation with global partners, the Technical Buero Hruschka is doing pioneering work. Activities range from training, awareness building of the public, to the development of CSR standards. The winning company accepts no assignment, which contradicts the principle of sustainable development. A lived principle of CSR, transported exemplary.

The Technical Bureau for Mining Engineering was also nominated for the nationwide Austrian TRIGOS Award 2012.

The main focus of tbb.hru is on consultancy services oriented towards enabling and improving responsible artisanal and small-scale mining (ASM). The total number of artisanal and small-scale miners in developing countries is estimated at about 30 million people. The priority for the people working in this sub-sector is not profit maximization, but job creation, income generation and decent living conditions. The goal is to use natural resources in a way that provides ASM miners and their families with an opportunity to escape poverty.

During more than 14 years Felix Hruschka was resident project manager of artisanal and small-scale mining projects in Ecuador and Peru. Since 2007 his consulting company (founded in 1992) is operating again from Leoben/Austria, and supports ASM projects in all phases of planning, implementation and evaluation; in Latin America, Asia and Africa. This requires a holistic approach, covering all aspects from legal frameworks for ASM, organizational development, capacity building, engineering and implenetation of appropriate technologies for extraction and mineral processing, mine safety, environmental awareness and social security for small entrepreneurs and workers, to ensuring fair income and fair prices for small mineral producers and workers through Fairtrade and Fairmined certification. 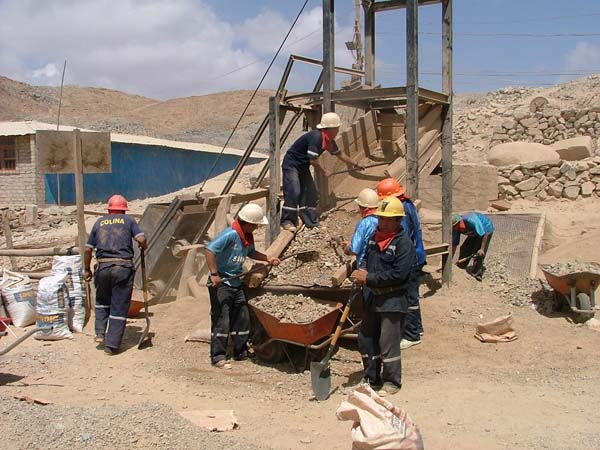 
In the area of mineral economics, the bureau's initial field of work, tbb.hru continues to offer advisory services to industrial mining companies. Due diligence, however, ensures to not work in situations which may cause conflicts of interests with ASM miners or local communities. In the 20 years of its existence, tbb.hru has therefore not accepted any single contract that would have contradicted the principle of sustainable mining. tbb.hru is convinced that sustainable extraction of non-renewable resources is no contradiction per se, if the benefits of minerals extracted today contribute to improve the living-, working-, and income-conditions for future generations.