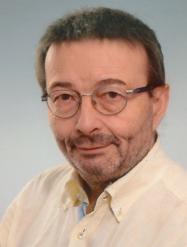 After obtaining his degree in mining engineering in 1985 at the Montanuniversitaet Leoben, Felix Hruschka served for six years as assistant professor at the Department for Mining Engineering and Mineral Economics. Among his duties were lecturing, research in the fields of mining technology and mineral economics, as well as administrative tasks and public relations. In 1991 Felix Hruschka obtained the PhD (Dr.mont.) in mineral economics and in 1992 he left the University to establish his own consulting firm tbb.hru in Leoben.

Long-term assignments in Ecuador and Peru, as resident project manager of Swiss-funded development projects in the artisanal and small-scale mining (ASM) sector from 1993 to 2006, provided a sound basis of expertise on a wide range of development issues of the minerals sector. Since 2004 these long-term projects became increasingly accompanied and enriched by short-term consultancies in Asia, Latin America and Africa on behalf of bi- and multilateral development agencies, civil society organizations, and the private sector.

Past and current assignments cover the entire project cycle, from baseline research to planning, implementation, monitoring and evaluation of projects in the extractive industries sector, and particularly in the ASM sub-sector. Issues addressed range from mining and mineral processing technology, technical and economic advice to small and medium enterprises, environmental and social issues, capacity building and training, responsible minerals supply chains, to aspects of national and global minerals- and development policy.